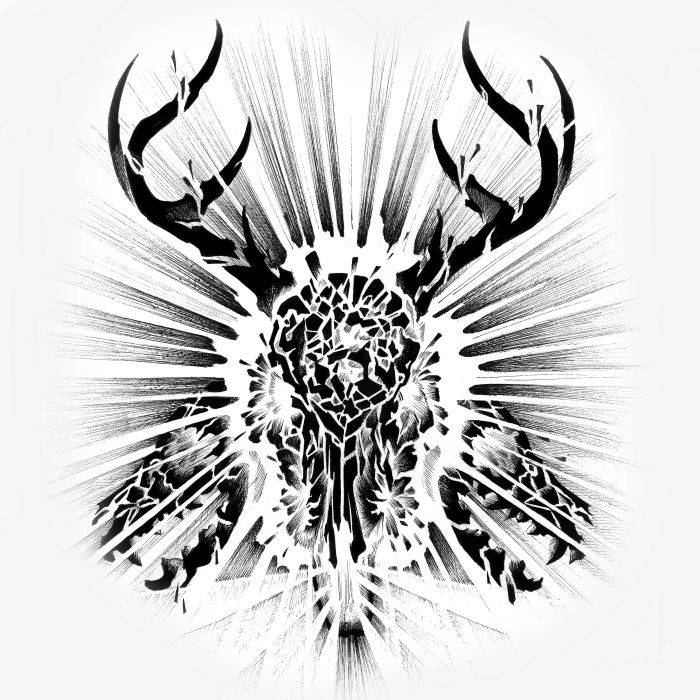 The cumulative artistic vision, the magnum opus, of the world's finest purveyors of the Grave New Beat. Moving beyond any sort of parody, concept, or tribute, this second LP finds Thisclose at their most matured and fully-formed. Drawing equal influence from the entire spread of the Discharge discography, Thisclose finds a niche style within the tried-and-true formula of "d-beat" that has yet to be fully explored. It rocks, it rages, it does it again (and again), with a tasteful stylistic subtlety that belies a band that has spent time honing their craft and has reached their climax.

While everyone else was face-palming and throwing their copy of Grave New World LP in the garbage, Rodney Shades was up late at night studying Massacre Divine LP and Shootin Up the World LP in an attempt to understand how the good parts of these records could be reinterpreted and reapplied to the traditional notion of 'd-beat'. Chapter III LP is the final thesis and SPHC gives it an A+.

I'm going to let you in on a little secret....actually when Thisclose started, I wasn't a big fan. The early releases are okay, but I was more into them as "my friends" than "great band".

It wasn't until The Price We Pay EP that Mark Wanky released, which was more in-line with what I wanted out of Thisclose, that I really started to pay more attention. And the first LP, the one I wound up helping to release, which I thought was really "cool" and "interesting" even if it wasn't totally what I wanted.

But then this LP, fuuuuuck, this totally made me a believer. I think this record is simply brilliant, a really special slab of d-beat that manages to take one of the most carbon-copy genres of punk and infuse it with tons of personality, charisma, interesting twists, forward-thinking ideas, and a flawless execution, from songs to recording to art/layout. This was the record that sold me on the band forever afterwards, where I think they really hit their stride and began to realize the vision.

And what's so interesting about that, to me, is that is NOT the impression I get from Roddy and crew at all LOL. They described this record more as "not living up to their expectations", that the songwriting was rushed and they generally don't play these songs live, that What Glory? EP is much closer to what they have in mind and is more the quintessential Thisclose release, etc.

That always struck me as really odd, but certainly it's not unusual. Like, you know, I heard Gloom thinks Recommendation of Perdition LP is their worst release, whereas I'd place it as "Top 10 Punk Record Ever", period. A big disconnect between how the band feels about their work and what fans think isn't unusual at all. But I still think it's interesting.

Anyway I LOVE LOVE LOOOOOOOOOVE Thisclose now, they are a regular listen for me, and I can't wait for more records, more tours, etc. One of my roommates is also a big fan so we got multiple Thisclose posters hanging up in various rooms around the house.

Also kinda cool story, the recording work for this LP was quite massive. Roddy sent me close to 20 songs (if I remember correctly), which they filtered down to the 8 that're on the LP. Among those 15-20 songs was an acoustic Scottish folk banger that just knocked me out and I've been begging Roddy to put it on a record for years but Roddy insists that actually it is not good and probably not a good idea either. Oh well, band/fan disconnect strikes again. Unfortunately I think I lost these extra songs when my old computer died, whoops.

We've always talked about a third Thisclose LP that's so fucking ambitious, Roddy has such an amazing understanding of punk and cool vision for it, and Paul and James and Tommy are each so talented, so I hope we can make this record someday.

In print titles are now available for digital downloads. All digital purchases get donated to the Baltimore Transgender Alliance. You can read more about it here: www.bmoretransalliance.com

If the band's selling digital downloads themselves, it's linked.

Bandcamp Daily  your guide to the world of Bandcamp

Khruangbin and Greg Foat stop by with their amazing new LPs.